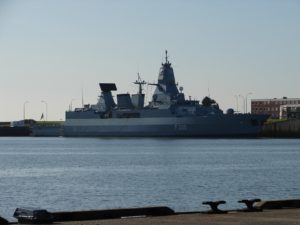 Melbourne company Titomic has completed the installation and commissioning of an experimental large-format 3D printer of its own design. According to the representatives of the enterprise, this is the world’s largest additive plant that prints metals. It really is huge.

“The realities are such that in the metallurgical industry for the past five millennia there have been no fundamental changes. Even the ancient Greeks invented how to dig out raw materials, remel it and get different forms. Familiar 3D printers for metal also follow this fundamental technology, and our process rejects the paradigm completely, “says Jeff Lang, CEO and chief engineer of Titomic.

There is some truth in his words. The vast majority of existing 3D printers for printing metals and alloys rely on sintering or melting materials using lasers or electron beams. Without any doubt, such an approach is viable, but the performance is relatively low, and possibly some unwanted side effects, such as hot cracks, are possible. Titomic also relied on the well-known technology of cold gas-dynamic spraying.

The essence of the process is simple: particles of metal powder are accelerated to supersonic speed and collide with the target – substrate or already applied material. Although the kinetic energy is converted into thermal energy at impact, the metal does not reach the melting point, and a dense layer is formed due to plastic deformation and binding energy. Manual gas dynamics guns “DIMET” for the authorship of the Obninsk powder spraying center have long been used for applying protective coatings and repairing damaged metal products. But why not print the details from scratch?

The large-format 3D-printer Titomic is intended for this purpose. The printing of the titanium bicycle frame takes only about 35 minutes, and the area of ​​construction of the pilot plant is 9x3x1.5 meters – a colossal volume by the standards of modern 3D printing, especially metals. The performance reaches 99lb / h, while the average laser 3D printer grows about two pounds a day. At the same time, the plant is able to work with a wide variety of materials. The same copper, for example, does not present any problems, whereas laser 3D printers are still ineffective when working with this metal. The emphasis is still on titanium, and the founder of the company explicitly announced its intention to revive the limping Australian metallurgical industry and press the Russian suppliers of titanium blanks for the aircraft building industry, which is still dominant in the world market.

Will the venture of Jeff Lang be successful as long as it’s early to speak, but literally the day before yesterday Titomic signed an important agreement for its further development – a memorandum of understanding with the leading European shipbuilding concern Fincantieri, competing for a tender for the construction of several new-generation frigates for the Royal Australian Navy. The local branch of the Italian holding will test the pilot plant, and if the results are found to be satisfactory, will engage in the additive production of ship parts.