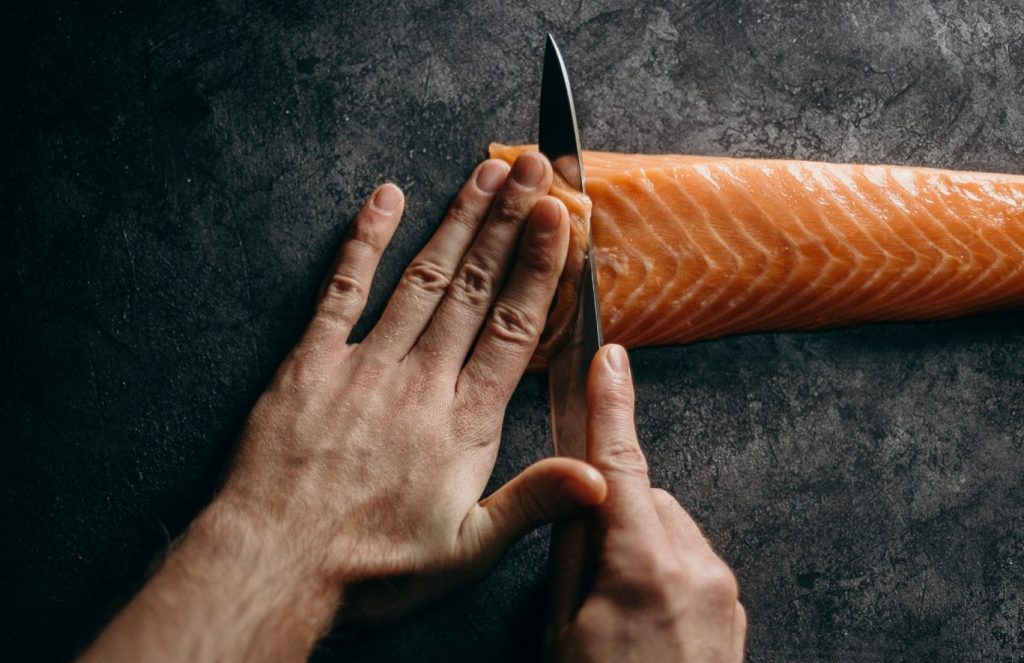 An interesting discovery awaits lovers of healthy food in Austria. Vegan meat substitutes have been around for a long time. You can’t surprise anyone with soy cutlets on supermarket shelves. After that, this year, in March, the Viennese company Revo Foods is going to produce vegan salmon on a 3D printer.

Vegan seafood with a mission

There are almost no fish of plant origin on the market, says the company owner Robin Sims. “We intend to offer an alternative to overfishing and industrial aquaculture”, says Robin.

According to the entrepreneur, a special 3D printer making for these purposes. Only natural and healthy ingredients are used in the production of vegan salmon. There are eleven of them in total. It including algae extracts from Holland, vegetable oils from Austria, and legume proteins from the Netherlands.

Revo Foods said that they are very proud of the fantastic nutritional content that is high in omega-3 and protein. This plant-based salmon contains absolutely no heavy metals, microplastics, antibiotics, or any other waste materials found in industrial aquaculture salmon.

In conclusion, the company considers the advantages of its products to be obvious since and, most importantly, it does not contain antibiotics and other health harmful substances. The trial batch was convincing in a perfectly good taste of vegan salmon. Salmon production from the printer is scheduling to begin in late summer.