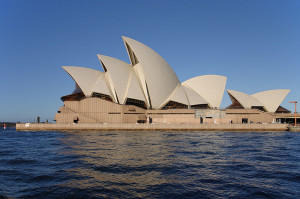 That 3D scanning has numerous uses must have become known to all by now. So vast is its usefulness that almost every object comes under its sweep, such as making the replicas of the parts of human body and that of various architectural pieces, and also the recreation of the automotive parts. The present article would discuss the uses of this technology in creating the replicas of architectural pieces. Scottish Ten, a project, that has set a target to replicate all the famous architectural sites of the UNESCO through the world. The project also targets Australia’s Opera House in Sydney .

This project has been initiated in Scotland and the project aims at capturing all such sites that are of heritage with the aim of preserving them. All such sites shall be screened thoroughly and following this 3D scanning procedure will capture them. The scanning would be done both on the outer side and on the inner side so as to make sure that the entire monument is captured. Among all such sites, Opera House remains the only one which was built during twentieth century.

The purpose that called for three dimensional scanning of Opera House is that the building is of significance to the complete world other than to Australia where it is situated. Other buildings that acre historically important and need preservation have also been included into the project, like Mount Rushmore , Queen Stepwell, and Eastern Qing Tombs in America, India and China respectively. There are other sites in Scotland too that are proposed to be 3D scanned.