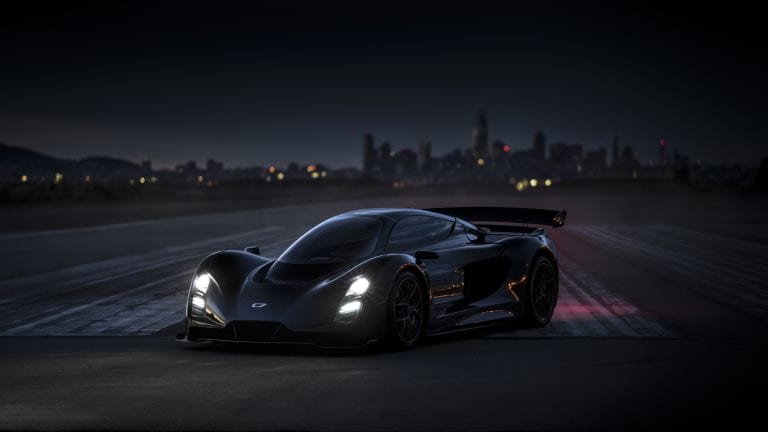 The printed hypercar was faster than the Bugatti Veyron, McLaren F1, and Aston Martin Valkyrie.

3D printers are used in many industries, and now this technology has reached the automotive industry. At the Geneva Motor Show, which starts March 3, 2020, will be presented the first Czinger 21C hypercar printed on a 3D printer.

After a short but spectacular teaser campaign, the American company Czinger Vehicles declassified its first car — the 21C hypercar.

The automaker Czinger revealed all the features of the car before its official presentation.

The “revolutionary production system” mentioned in the descriptions of the hypercar undoubtedly implies that its creation uses 3D printing technology. It was tested in a previous Singer project called Divergent Blade. The use of 3D printers makes the frame very light and compact. The company said that not all of the hypercar was created by a 3D printer, but only its chassis. However, this approach significantly saves costs producing. But you will still have to pay $ 1.7 million to buy the car.

The Czinger 21C uses its own 2.9-liter twin-turbo V8 engine, which develops 937 hp. and spins up to 11 thousand rpm. This car is a hybrid, which means that on the front axle there are also two electric motors that are powered by a 2 kW/h lithium-titanate battery, which is charged from a generator mounted at the rear. The extra power added by electric motors increases the total power of the 21C to 1233 hp, which is more than the McLaren F1, Bugatti Veyron, and Aston Martin Valkyrie.

Such impressive figures are provided by a hybrid power plant with a capacity of 1250 horsepower and a mass of 1250 kg. The drive is based on a 2.88-liter V-shaped eight-cylinder petrol bi-turbo engine with a capacity of 950 horsepower and capable of “spinning” up to 11,000 rpm. This is Czinger’s own development. The moment from the motor is transmitted to the rear wheels through a 7-speed “robot” with a sequential gear selection mechanism and multi-plate clutch.

The mid-size car uses the “1+1” scheme,  so the driver’s seat is in the center position and the passenger seat is located directly behind it, as in a fighter. Collaboration with material manufacturer Alcantara and Vitra AG helped create a luxurious interior inside.

It is planned to produce 80 of these cars. Moreover, 55 of them will be made in the road version, and another 25 pieces — in a track.

The official presentation of the Czinger 21C will be held March 3 this year at the Geneva International Motor Show.